Richard A. Bross is a Pitt-Johnstown alumnus – class of '73 – and a retired Hormel Foods Corp. executive. He was honorary speaker at the University of Pittsburgh at Johnstown’s 2017 Commencement and received the President’s Medal of Distinctive Excellence from Pitt-Johnstown President Jem Spectar. 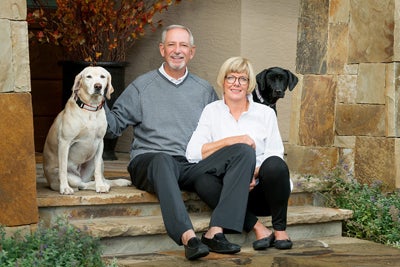 A noted philanthropist, Mr. Bross’s generous contribution to scholarships at the University of Pittsburgh at Johnstown has earned him a place of distinction in the 1927 Cornerstone Society, the university’s most prestigious donor honor roll.

His interest in supporting business students while promoting strong communications and ethical leadership is changing lives. Mr. Bross also contributes his talent and time as a member of the Pitt-Johnstown Board of Advisors.

He is currently President of the Arrowhead at Vail Homeowners Association.